Welcome! This website is an analysis of the television series Modern Family. I am looking at the gay stereotypes in the show and deciding whether it reinforces or challenges the stereotype. Enjoy!

Modern Family is a comedy on ABC that started in 2009 and has become incredibly popular ever since. The show is based on three families. Jay Pritchett is the father of Claire and Mitchell. Jay is married to a much younger woman Gloria. They raise her son Manny, who is from another marriage, together (family pictured on the left). Claire is married to Phil Dunphy and they have three children together. The oldest is Haley who is the typical teenager. The middle child is Alex who is very smart. Luke is the youngest and only son (family pictured in the middle). Mitchell is partners with Cameron and they have adopted a child together, Lily (family pictured on the right). The show is funny because of the stereotypical plot lines it conveys. There's the typical family with the stay at home mom and the wealthy grandfather who is married to a gorgeous young lady. So since it's a comedy the stereotypes make it pretty hysterical.

However, my focus is on the relationship between Mitchell and Cam. I think it is really good that the show makes a gay couple more visible and socially acceptable to the public; however, in some ways they portray their relationship in a way that is not how most gay couples are. I am going to analyze how Modern Family reinforces homosexual stereotypes but also how it challenges them. 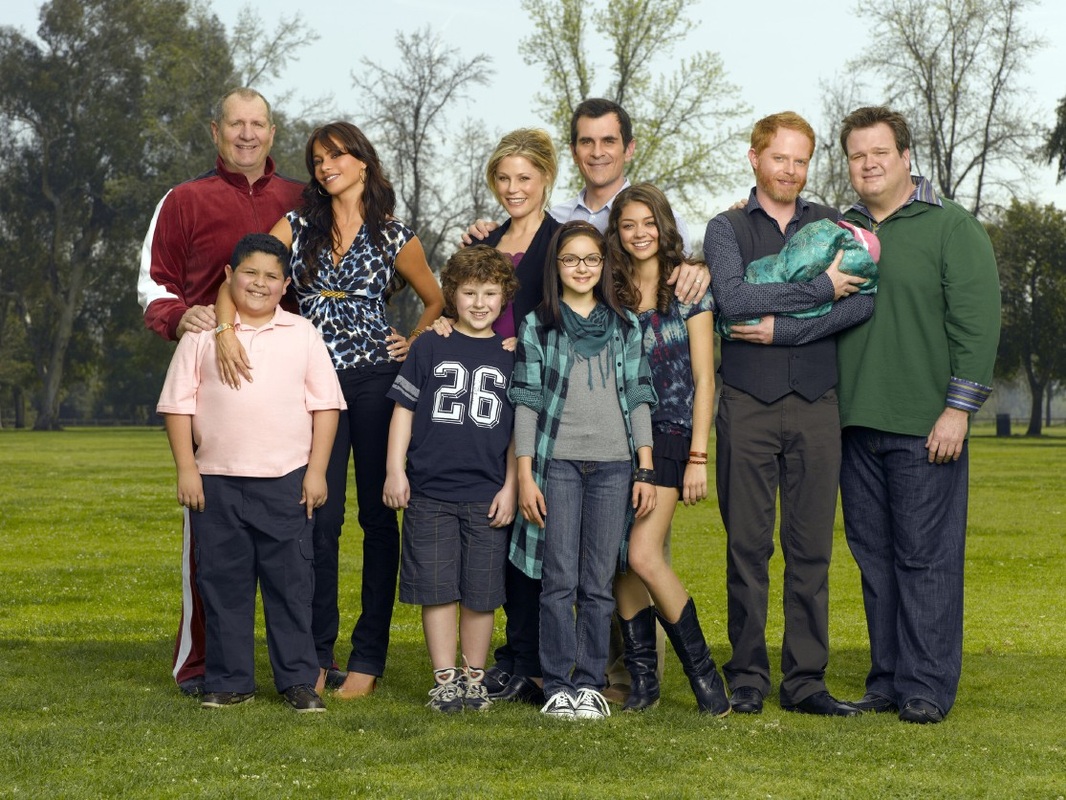